to be a moon of saturn 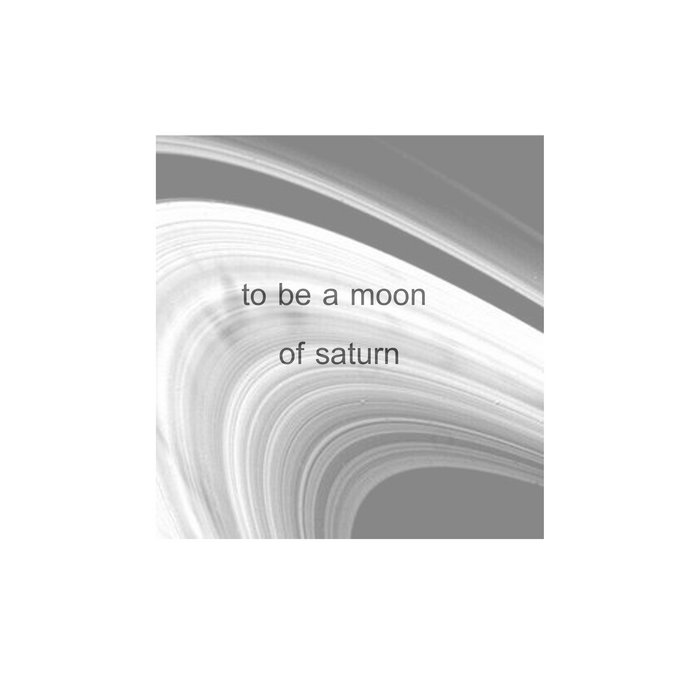 
We could talk Edition Wandelweiser, or Taku Sugimoto . . . but what would we really learn?

So instead, let’s talk quantum mechanics for a moment (bear with me a moment). At a small enough scale (around the Planck length – a distance small enough that it is understood only theoretically) the Heisenberg uncertainty principle allows energy to very briefly decay into particles and antiparticles, which just as quickly react to destroy each other once again. The constant energy flux of these reactions would warp space-time enough, in a ‘frothy’ or ‘foamy’ manner, that it would no longer resemble the flat continuum of the universe on the scale we are familiar with. The shape of space-time at the Planck length is thus called ‘quantum foam’, so named by the theory’s founder, John Wheeler. In effect, it is an artifact of the breakdown of classical physics when they are taken to their logical extreme.

Okay, so what exactly does this have to do with Pierre Gerard’s newest self-release of piano solos? I suppose scale (read: amplitude) makes all the difference here as well. This is a rather sparse trio of pieces. Usually a few notes every minute at the most. They are not played rhythmically, nor with any obviously discernible melodic or harmonic progression. Gerard seems to react to the recording circumstances as need be – holding off from the keys, or shifts and percussive uses of the piano whenever incidental sounds occur. But give them time, and even a fraction of your attention, and they with entrance.

I would not be so presumptuous as to assume I understood Gerard’s intentions with the music, but the gain on the recording relative to the loudness of his chords on the piano suggests that playing the work at higher volumes is at least not unacceptable. While the ‘musical’ aspect of the work provides one narrative for the album (especially on track 3), its negative space provides another entirely.

I was listening once more to the album (heavily amplified) as I wrote this, and would periodically realize I hadn’t typed a word for nearly a minute. I was instead completely transfixed on the possibly hallucinatory changes in the ‘noise’ present in the piece. These moments are not unlike the epiphanies referred to in Adrian Dziewanski’s review of Gerard’s other self-release from 2012, Principe D’Incertitude. The dilation and contraction of the listener’s focus, the music’s amplitude and the timbral shifts from piano to noise make for a timespan akin to the aforementioned frothiness.

Alongside the obvious car drive-bys (which produce noticeable and rather soothing bass reverberations) there are minute changes in the distorted froth that constitutes most of the material between the clarion chords of the piano. When notes are played, they are static discharges of the friction built up in the preceding time-span. After several minutes of hesitation, mostly as the listener is unsure of what dynamic range to expect, the lowercase sounds rise to life. The structure is thus inverted, with the piano score demarcating the space (musical, theoretical, audible) ccupied by incidental sound and recording artifacts.

Intensely introverted music that requires and rewards careful listening (I try not to cry wolf on that rather abused line, but there you have it). It is additionally beautifully packaged in handmade sleeves with printed vellum and kraft paper inserts, the edition of CDrs is limited to just 21. I seriously doubt they will last very long, so head to Pierre Gerard’s site to get a copy.